What Is The Required Information On A Pay Stub?

We work and work through our employment. Normally, waking up at the crack of dawn and mindlessly drifting through each day, until we get home, watch TV, and fall asleep. Then, the next day, we do it all over again until the weekend hits. Day in, day out, before that fateful day comes. The magical day at the end of the month. The day when we are given our pay stubs and our bank accounts are in the black once more. Rejoice at your windfall and ruminate on the purchases you will make with the money therein.

And it is a day for celebration, but all too often we ignore everything on the pay stub but the net pay we will be receiving. After all, the rest of it is just a bunch of numbers, I don’t need to worry about these things, right? Yes, you do. Not knowing what the other parts of your pay stub mean can be a deadly mistake, for you see the things listed on your pay stub are for your benefit as well as your employer. So, what are the other items listed on your pay stub? What do they mean? Today, we will take a closer look at your pay stub and explain the required items on there for your benefit.

Also read: What Should I Do If My Employer Won’t Provide A Pay Stub?

What are pay stubs?

Pay stubs are a slip of paper that is issued by the employer of a company to their employee for the services that an employee has done for the employer for that month. In more modern times, a pay stub has been delivered electronically through e-mail or on a company website than by paper, but the concept for them has remained the same. The whole purpose of a pay stub (or pay check, depending on where you are from) is to tell an employee how much they have earned during that month and what deductions have been taken from your gross pay before it is delivered to your bank account.

Pay stubs are very important to any employee. They tell us not only how much we have earned, but give us an idea of the things that we are paying and a sense if something is wrong with the final amount. If there is an issue with the amount shown on the pay stub, then the employee can raise it and question why this has happened. Alternatively, if an employee raises a false complaint against the company about pay, then the company can prove their case by looking at the pay stubs sent to the employee. As such, pay stubs act as a sort of quality control system that we all rely on to make sure we are not being taken advantage of. What information is required on a pay stub?

When you quickly glance over your pay stubs from the past, you will see a series of different numbers and the words next to them to give them meaning to you. These can change depending on your employer, however, on everyone you will see the same types of payments that came out of your check:

Every single employer is required to have these 6 things listed on your pay stub, so if you don’t see them there may be something amiss. Now, without further ado, let’s get into explaining your pay stub.

Also read: How to Get Free Pay Stubs Online

Gross wages are often broken down into salaried workers and hourly workers. Salaried workers get paid based on their yearly income that is then broken down into pay periods. For example, let us use that $18,000 again, that is your yearly total and let’s say your pay period is monthly, so we divide the $18,000 by 12 which is $1500 and that would be your pay each month – it’ll be the same no matter what. Whereas, for hourly workers, the amount of gross wage they receive is entirely dependent on the amount of hours they worked in a month or week. If an hourly worker works 160 hours in a month for $9.00 per hour, they would get a gross pay of $1440, however if the next month they worked 130 hours, their gross wage would be different, sitting instead at $1170. Due to this, hourly workers (and non-exempt salaried workers) will have the amount of hours they worked on the pay stub in a column next to gross wage. So, determining whether you are salaried or hourly is important to knowing your pay stub.

Most of the time, the gross wage of the employee on the pay stub will be separated into two different figures. The first, and smaller, figure is the current gross pay, this is your pay for this month or pay period. The second figure is your year-to-date figure, this tells you how much in gross wages you have made this year with this company. Often, employees are not entitled to their gross pay amount, thanks to the many obligations a person who is working has to maintain our society. The way these obligations are settled are through the use of tax collection and in the case of gross wages, taxes are withheld before they have reached the employee. These taxes are the federal income tax, the employee portion of the FICA tax (social security and Medicare taxes, basically), and any local or state taxes that are required, which in some cases they are not. The federal income tax amount is dependent on the tax bracket you inhabit from either 10% to 37% of your total income, but the rest of your taxes are set by local or state authorities.

Also read: How Much Is Social Security tax?

These deductions will vary depending on the benefits that your business may provide or the contributions to various endeavors you may want to endorse. Deductions can include charity donations, loan – student or otherwise – repayments, child support, and other voluntary and involuntary deductions that may be necessary to maintain your lifestyle. Each deduction will have its own line and columns dictating the amount of the deduction, the current, and year to date totals.

Depending on the industry that you work in, the country that you are currently residing in, and the company that you work for, there will be a list of items that are not deducted from your gross wages, but instead are contributed by your employer. Your employer will generally have the same contributions, if you live in the US, but these can change depending on your state or local requirements. The main ones of these contributions will be health insurance provided by your employer, 401k plans, health savings accounts that your employer has set up, or different retirement plans from a 401k.

Also read: Why Not to Use A Fake Pay Stub Generator?

Very much like Employer Contributions, these are things that you, as an employee, do not need to worry about, however they still need to be shown on your pay stub. Payroll taxes are paid by your employer for every employee that they have on their payroll, and each has a current and year to date figure included. These are the federal unemployment tax, any state unemployment tax there may be, and the employer portion of the FICA tax.

Finally, we reach the point of your net pay. This is the amount that you, as an employee, will receive for your services to your company after all the other deductions, taxes, and contributions have been sorted. This is the amount that you are left with to pay other bills and necessities, and once all that is done, you will still have a little left over to play with. With the net pay, there are, as before, two separate figures for the current pay period and year to date pay.

Also read: Ways in Which You Can Tell If Your Pay Stub Is Fake Pay stubs can be very confusing, especially because a lot of the time, they are just thrust into your hand, and you are expected to understand and deal with them, or you are not expected to understand at all and just take them at face value. However, knowing your pay stub and the information therein is important and having that knowledge will help you when you realize that maybe something's not quite right with your pay.

After graduating from McCombs School of Business in Texas, James joined ThePayStubs as a CPA to make sure the numbers we provide our clients are corre... Read More 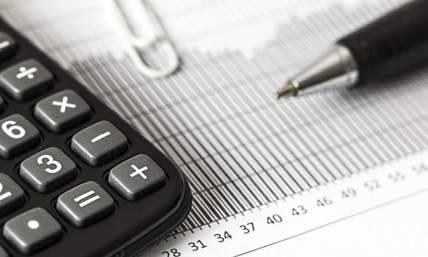 Human Resources
0
Read Article
Do salaried employees get overtime? - What You Should Know

As employees of companies, we know we slot into many types of contracts. The most prominent, common, and often sought after is that of the salaried worker. The contract t... Read More 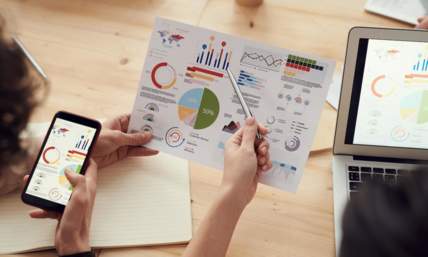 One of the most important parts of maintaining a business is making sure the employee payroll is taken care of. In order to do this, making sense of the jargon that comes... Read More 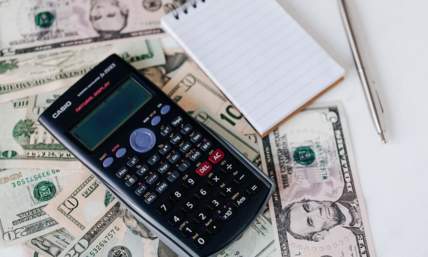 Tax
0
Read Article
What Does Per Diem Mean? - All You Need To Know

In Latin, Per Diem translates to “for each day”. When talking about business expenses or employee classifications, people usually use Per Diem. Other phra... Read More